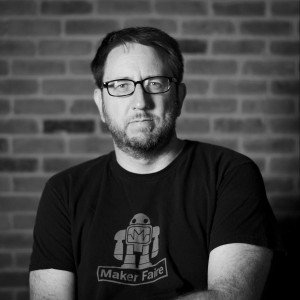 When I was a kid I started a band called "P.H.K." and we were pretty bad, but it was also pretty damn punk. I later joined Silent Scream and then Dave K. and I started Hardware, and then later I was in Buried, and even later I joined Ten Boy Summer. Along the way I was in Blood, Guts, Death, Inc., PowerThrash, Posi-Osbourne, Harry Ass Truman, and some other bands I can't even remember. I also published Psychotherapy zine, Warm Cereal, and Rattlesnake Press. I put on shows, and went on tour, and had a good time. I also hung out with C.B.D.S and Mr. Clean and Trademark and other bands, and managed to make some live recordings that (most likely) no one else has. Whew! In 2005 Dave K. and I launched milwaukeehardcore.net to chronicle the history of Milwaukee's punk & hardcore scene. I wanted to start getting the music out there, but it took Mr. Ampe to really get that whole thing going... and that, my friends, is MKEPunk.com